Radio coverage was switched off roughly 15 minutes into the hour long talk-show in which Besigye was to discuss his political campaign in Busoga, reportedly on the orders of the station’s management.

Baba FM belongs to the Member of Parliament for Uganda’s Jinja West constituency, Moses Grace Balyeku who doubles as the ruling National Resistance Movement (NRM) party chairperson for the district. Besigye had been hosted along with other Members of Parliament including Dr Francis Epatait, Geoffrey Ekanya, Barbara Nekesa and Hon. Ssesaga. Besigye is on a country wide campaign to stand for the country’s presidency on his party ticket. He is currently tussling with the FDC President, Mugisha Muntu. The NRM endorsed President Museveni to stand as a sole party candidate for the presidency, a portfolio he has held since 1986.

The victim journalists include Anyole Innocent who, in addition to hosting the program in question, also acted as Programme Manager at the station. Isabirye Aga David the station’s News Editor, who sources say was accused of being an opposition sympathiser, and Alton Kasolo, a morning show presenter, who they accused of posting on his Facebook wall pro-opposition material, were the other two journalists.

“The program ended abruptly 15 minutes into the scheduled one hour duration. The listeners walked into the studios and informed me that the radio had gone off air. The engineers were not aware of what had happened.” Anyole told Journalists. He said that he was suspended the following day, “On 22nd July I was suspended indefinitely by my immediate boss, the General Manager, Michael Kifubangabo that I hosted Besigye without the knowledge of management. The suspension was communicated verbally” Anyole, who had hosted the show since December 2010, told press.

Another of the journalists affected stated that he was not given any reason for his suspension. “They didn’t give me a reason but only told me that we were suspended until the Board sits to determine our fate. I will update you on any developments and what steps we are likely to take” Aga said. The trio was immediately replaced by other workmates.

Efforts to talk to MP Moses Grace Balyeku were futile as he did not pick up his calls. The General Manager, Michael Kifubangabo declined to explain the reasons for the suspension: “Have you seen their dismissal letter? Have you talked to them? Have they complained that they have been dismissed, or do you even handle issues where no one has complained to you? You may be investing something which is non-existent” Kifubangabo told this reporter by telephone.

“This is a sad moment for the media in Uganda. The media is obligated to remain fair and objective, as a way of promoting free debate on National matters of public interest. We believe that the journalists needed to be heard in this matter prior to their suspension. We appeal to the station to re-instate without any stringent conditions, a spokesperson for journalists’ rights in Uganda stated. 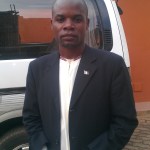 Robert Ssewankambo is a Ugandan writer. Working currently on a freelance basis, he is a regular contributor to major newspapers in Uganda and electronic online magazines and media sources in Africa, such as the Bukedde newspaper, Hindered radio, Red Pepper, Eddobozzi newspaper and African Interest online.